The date is finally here. Redmi has confirmed that its highly anticipated Note 9 series will go official next week on March 12. The phone maker is expected to launch two new phones in the series, the Redmi Note 9 and Redmi Note 9 Pro on 12 March, 2020 at noon.

The announcement of the device comes after the company has been teasing the Redmi Note 9 using its Twitter handles as well as the company’s India head, Manu Kumar Jain also teasing the device from his personal handle.

In the tweet, Manu Kumar Jain can be seen using a phone, whose lower half is exposed. The image reveals the phone could come with a Type-C port, headphone jack and speaker grille. Apart from this, the Redmi Note 9 is the successor of the Redmi Note 8 and as such could pack interesting features for its price that’s expected to be below the Rs 20,000 mark. 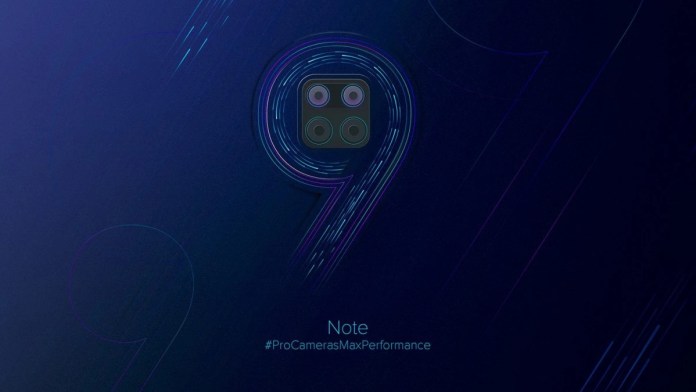 While the company has refrained from revealing any specifics, the device has been listed on Amazon and on the company’s website, Mi.com. The listings don’t reveal the specifications but do take the lid off the most interesting features of the device.

The listing claims the upcoming phones to be camera beasts, and also impress with design. It is also claimed that it would be ready for heavy-duty gaming as it would pack a powerful chipset. The company is also touting the device to be a beast at charging, hinting the support of a super-fast charging standard for the device.

But there are a few things that are known about the device. For example, the Redmi Note 9 has been teased to pack quad rear camera setup and also boasts of a display with fast refresh rate — possibly a 90Hz panel.

On the front of the phone, there could be a punch-hole design, but the location of the punch-hole remains unknown. Reports also suggest the phone could come with a 5,000mAh battery and up to 6GB of RAM and 12GB of storage on its highest variant.

Motorola One Vision Plus in works, could launch soon with key...

Time to buy, sell or hold the stock?